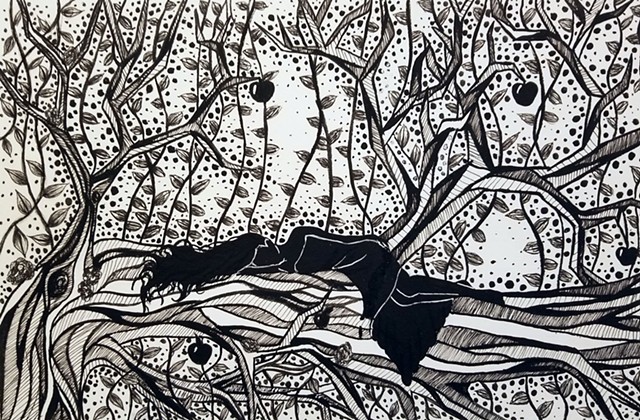 "Gold-tree and Silver-tree" is the Irish equivalent of Snow White. Silver-tree is an evil mother, jealous of her daughter, Gold-tree's beauty. Silver-tree demanded her daughter's heart and liver and the king sent her to marry a far-off prince, giving his queen the heart and liver of a goat. Silver-tree discovered the deceit and sailed to meet Gold-tree. The daughter hid in a room and locked the door, but Silver-tree asked her to poke her finger through the key hole so that she might kiss it. The queen stabs Gold-tree's finger with a poisoned blade, killing her, and her new prince places her body in a glass coffin and locks it away in the same room. The prince remarried and the second wife found Gold-tree's coffin and fixed the stab wound, awaking Gold-tree. Both women remained with the prince and the queen was later killed by drinking poisoned wine.